The fight over EPA’s incinerator standards is somewhat similar to a more widely covered dispute over landfill emissions. Eight state attorneys general have been so far successful in challenging EPA in an effort to force that federal plan, although the legal battle remains ongoing. In November, a federal judge dismissed the agency’s latest effort to shift its timeline for implementing that rule.

Like the landfill issue, the incinerator case stems from the Clean Air Act’s mandate to address pollution. In 2011, the Obama administration promulgated the standards with revisions two years later and again in 2016. The standards are aimed specifically at commercial and solid waste incineration units (CSWI) and other solid waste incinerators (OSWI), which have their own category under Section 129 of the Clean Air Act. That section directs EPA to limit air pollutants including lead, mercury, and dioxins, all of which can be detrimental to human health.

“[S]ome of these pollutants accumulate and persist in the environment without dissipating,” Sierra Club argued in its brief, asserting EPA has an obligation to address the issue.

Earthjustice, the environmental legal organization representing Sierra Club in the incinerator case, did not respond to a request for comment.

This week’s oral arguments followed a lower court decision from U.S. District Judge Timothy Kelly, who dismissed the Sierra Club’s arguments in part “for lack of subject matter jurisdiction.” In a September 2018 decision, Kelly disputed the environmental group’s stance on how quickly the EPA should promulgate a federal incinerator standards plan. At that time, however, the judge also gave the agency until May 2021 to complete a review of incinerator air pollution limits.

While Kelly agreed the EPA is “currently obligated to comply with a number of court-ordered deadlines,” he went on to dismiss the agency’s argument that it needed to delay work on the federal plan. “The Court concludes that EPA has failed to demonstrate that it would be ‘impossible’ to begin working on this project until March 2020,” Kelly wrote.

Comments this week from Wilkins indicate a similar mentality, which could see the EPA pushed to accelerate the agency’s hoped-for timeframe on the plan. If that occurs, it would mark another setback for the Trump administration’s efforts to limit emissions regulations pertaining to waste. The Sierra Club won an earlier challenge forcing the EPA to revise and review agency solid waste incinerator standards.

But EPA is doubling down on the agency’s drawn-out timeline. “When the statute does not provide a clear date-certain deadline, the agency retains discretion with respect to the timing of its action,” EPA asserted in its counterargument. 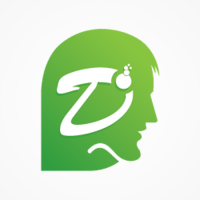 We're your premier classifieds platform specifically tailored for the Waste Management industry. We test, and check to have each classifieds at reasonable prices with verified sellers.